Champagne vs Prosecco… What’s all the fizz about?

If that Friday feeling leaves you wanting something with a little fizz in it chances are you’ll be reaching for a bottle of  sparkling wine.

Depending on the location and types of grapes used will determine if it’s labeled Champagne or Prosecco. 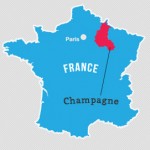 There are lots of rules associated with the Champagne label. Those rules are part of the reason why it is more expensive than Prosecco.

Rule No. 1:  To be called Champagne it must be produced from specific grapes grown in the Champagne region in France. 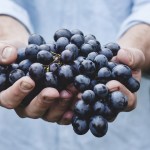 Rule No. 2: The secondary fermentation of the wine must occur in the bottle, also known at the traditional process.

There are various other vineyard practices that have to take place before the end product can be labeled Champagne.

That eventually led to its demand among the emerging Middle Class.

In 2015, The United Kingdom was the world’s largest Champagne Export market according to figures released by Comite Champagne.

That being said… if you are in the UK and celebrating #FizzyFriday. Chances are you are reaching for a bottle of Prosecco and not Champagne.

The Rise of Prosecco

2015 also marked the first year that Prosecco overtook Champagne by both volume and value of amounts consumed in the UK.

Just last year alone, sales of Prosecco in the UK were up 72%.  Why?  The short answer: fewer rules + less history = lower cost. 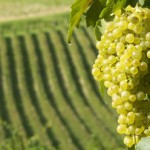 While Champagne Comglera grapes come from France, the Glera grape used in Prosecco comes from Italy.  Most of the grapes are harvested in northern Vento region.  But it isn’t the grape that is the biggest factor in the cost but the method of fermentation used.

Prosecco uses the tank method of fermentation. Producers can ferment large quantities of Prosecco at a time which in turn means you pay a lower price at the till.

Just how much difference is there between the two? On average £10 per bottle.  Of course, prices vary depending on labels and where you buy it.

For other difference between the Fizz check out the infographic below.

Know someone who is a fan of the fizz?  Bring a surprise to their face with one or all of these gifts.