The Rise And Rise Of Craft Beer

If you’d said the initials “IPA” to a barman 10 years ago, he might well have looked at you blankly as IPA in general, was a niche market.

Since 2010, however, things have changed. Craft beer pubs are everywhere and their success has forced existing pubs to up their game. Bar staff now are positively evangelical about beer. Spearheading this revival is IPA – not weedy old Greene King – but beers of 5-7% packed with hops and flavour.

So what is IPA? The initials stand for India pale ale. It was the answer to the problem of providing beer for the British Empire in the east. It was too hot to brew in India, so what was needed was a beer that could survive the gruelling six-month journey from Britain intact. In the 1780s, a London brewer called Hodgson answered the call by sending out a strong, heavily hopped beer called October ale that would normally be aged like wine before drinking. The beer not only survived the journey, but was found to have improved immeasurably. This was the prototype IPA; the beer gradually became paler and more refreshing to suit the Indian climate. 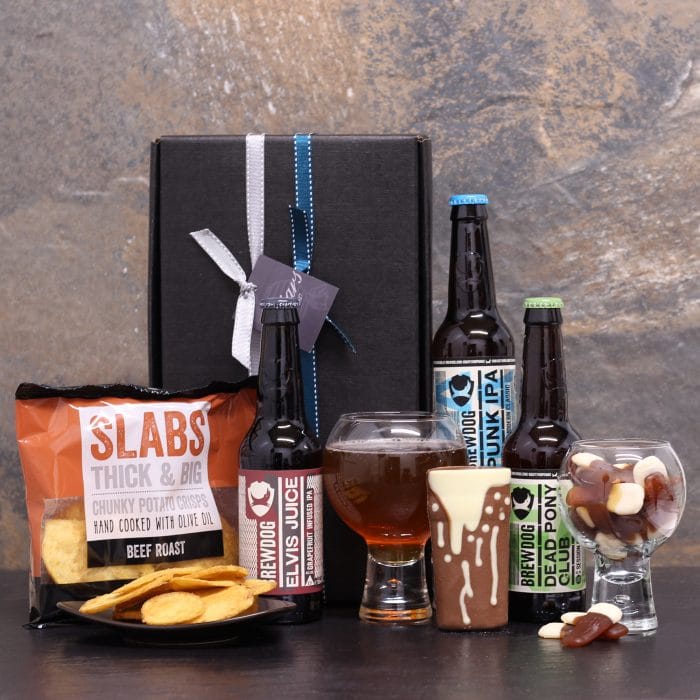 New to our summer 2018 range is our BrewDog IPA gift box. BrewDog was founded in 2007 in Fraserburgh, Scotland by two friends bored of ‘massed produced lager and stuffy ales’. Their Indian Pale Ale is multi award winning with a distinct taste that is second to none. Combined with our gummy pint pot sweets, slab crisps and chocolate pint this really is a proper gift box. Oh and we have also just added a craft beer hamper box to our collection; with five craft beers from American IPA’s to milk stout. 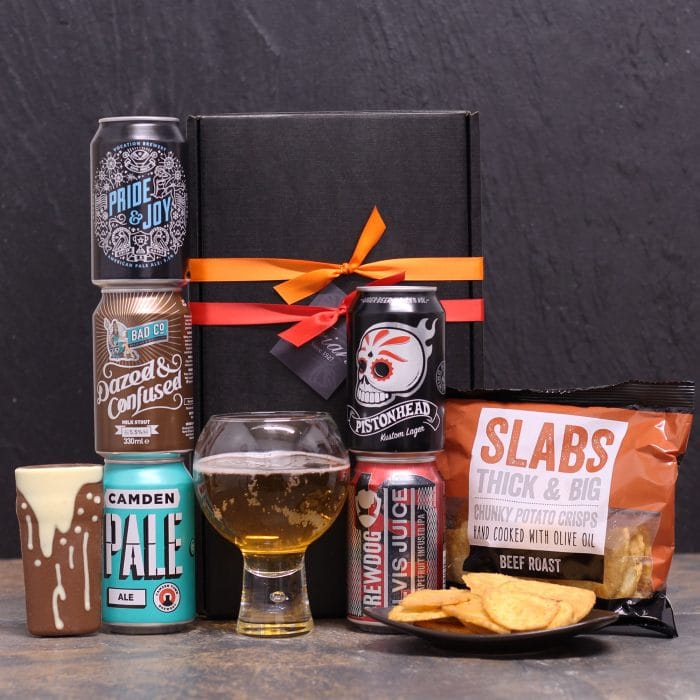